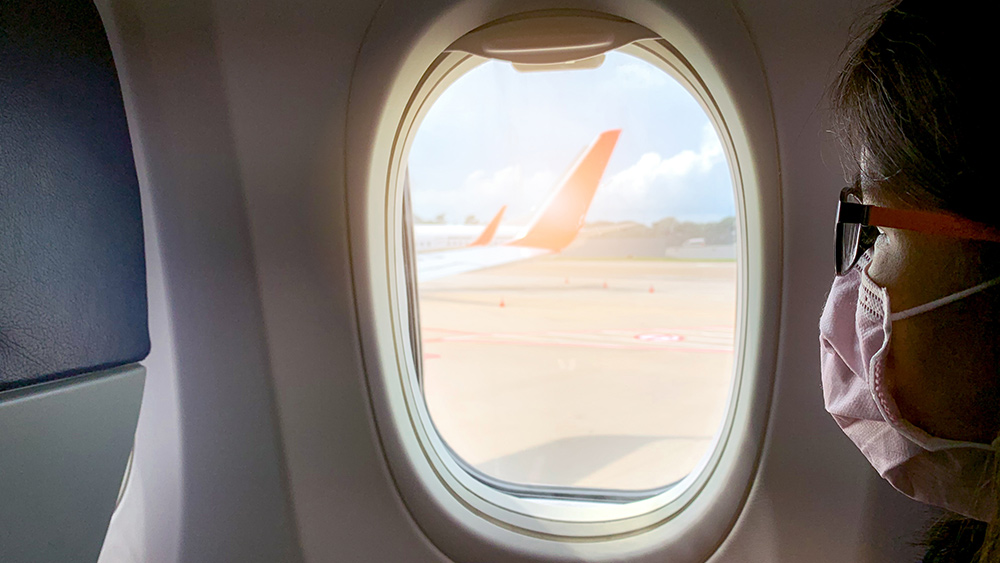 One of the major problems facing global healthcare professions in trying to control the rapidly spreading coronavirus is that people who are afflicted with it don’t show any symptoms right away.

In fact, researchers and pandemic experts have discovered that most patients go days without exhibiting signs and symptoms of the virus, but are likely spreading it even as they remain symptomless.

Consider the case of a Chinese woman from Wuhan, the epicenter of the current outbreak.

As reported by GMA News Online, late this week the Filipino government confirmed the country’s first case of coronavirus involving a 38-year-old vacationer who flew to the country via Hong Kong January 21.

After experiencing a mild cough, the woman was seen by a doctor in Manila and admitted to one of the government’s hospitals.

According to DOH Secretary Francisco Duque, the woman was otherwise asymptomatic by week’s end, meaning she didn’t have a fever or any other symptoms suggestive of the coronavirus.

Philippines officials noted that the woman also visited the cities of Cebu and Dumaguete before traveling to Manila, the capital, an urban center of about 12.8 million.

“I assure the public that the DOH is on top of this evolving situation. We were able to detect the first confirmed case because of our strong surveillance system, close coordination with the World Health Organization and other national agencies,” Duque told reporters.

“We are working closely with the hospital where the patient is admitted and have activated the incident command system of the said hospital for appropriate management specifically on infection control, case management and containment,” he continued. “We are also implementing measures to protect the health staff providing care to these patients.”

He added that as of late in the week, 29 persons in the Philippines were being examined for possible coronavirus.

Natural News founder Mike Adams, the Health Ranger, noted Thursday that the ‘no symptoms’ phenomenon of coronavirus may have taken global health officials by surprise:

All the “experts” are missing a fatal truth about the coronavirus pandemic: It spreads from people who show no symptoms. Because they show no symptoms, they evade all existing screening efforts such as thermal scanning for fevers and self-reporting of symptoms to health authorities.

In other words, many people who are infected with the coronavirus and are spreading it have no idea they are infected.

Adams noted further this means that current health screening methods are not likely to contain the spreading pandemic. The only way to do so is to simply block all travel from China, he said, since that’s where the virus originated.

But that’s not even possible, he adds, “because world governments have convinced themselves they know how to spot coronavirus carriers as they move through airports.”

However, “they are delusional.”

He points to the evacuation this week of 206 Japanese nationals who were repatriated from China to their homeland via government-charted flight. Of those, three were found to have been infected with coronavirus and two of those people had yet to show any symptoms.

The three, who have been hospitalized — one in stable condition and two without symptoms — were among 206 people brought back Wednesday from the city at the center of the deadly outbreak of the pneumonia-causing virus.

Global health officials are obviously becoming more concerned. As Breitbart News reported Thursday, the World Health Organization declared the coronavirus a global health emergency after at least 171 people in China have died from the illness.

The declaration means that the outbreak is an “extraordinary event” that will require global coordination to fight.

Speaking to reporters in Geneva, Switzerland, WHO director-general Tedros Adhanom Ghebreyesus said the agency’s concern isn’t China but the spread of the virus to other countries far less capable of dealing with the outbreak.

“Our greatest concern is the potential for this virus to spread to countries with weaker health systems which are ill-prepared to deal with it,” he said.