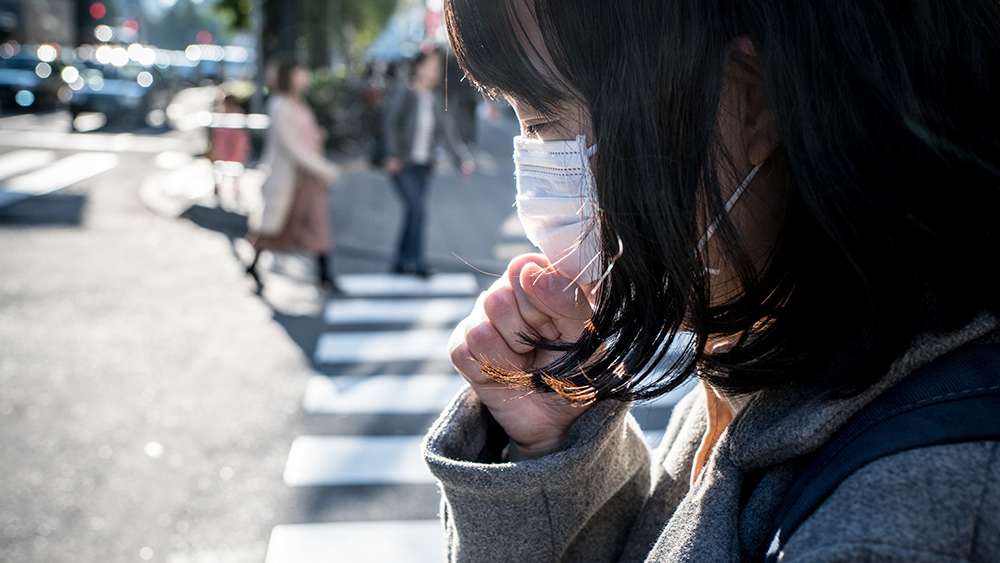 As public health officials have been desperately trying to reassure the public that coronavirus isn’t necessarily being spread from human to human outside of China, new reports out of Canada strongly suggest otherwise.

In Ontario, the wife of Canada’s first coronavirus patient recently tested positive for the virus herself, foreboding that the next step of this contagion – and a possible global pandemic – has now been reached.

Reports indicate that this individual had previously traveled to China with her husband, and upon returning decided to voluntarily quarantine herself with just him. But because he contracted it first, and her later, it would seem as though he transmitted it to her while in Canada.

Some media outlets are officially reporting the incident as the first “offshore” person-to-person case of coronavirus transmission – and based on the evidence it does appear as though this is the case.

Meanwhile, the World Health Organization (WHO) is reluctant to classify the ongoing spread of coronavirus as a “global pandemic,” insisting that China has the “resources” to contain it – which is laughable considering coronavirus cases are now popping up all around the world.

According to WHO Director-General Tedros Adhanom Ghebreyesus, the agency still needs “more information to reach a consensus on whether to declare a PHEIC (Public Health Emergency of International Concern),” according to one report.

“Specifically, the organization wanted to see evidence of human-to-human transmission outside of China before declaring a global emergency,” this same outlet reported.

Well, it seems as though we’ve now reached this point, but time will tell whether or not the WHO actually acknowledges it.

For more breaking news about coronavirus, be sure to check out Outbreak.news.

With the markets tumbling and new cases of coronavirus popping up constantly, health officials here in the United States are starting to panic as they worry that quarantines in China aren’t enough to stop this thing from creating a global pandemic.

The latest reports indicate that more than 100 people are now being evaluated here in the U.S. for potential coronavirus infection. This is on top of the five confirmed cases that have been identified in Washington, Arizona, California, and Illinois.

In China, more than 80 people have died from coronavirus, while another 3,000, at least, have contracted the disease. Most of the deaths, 76 to be exact, occurred in the central Chinese province of Hubei.

Beijing, China’s capital and the home of about 21 million people, announced its first death from coronavirus on January 27. A 50-year-old man who had recently traveled to Wuhan, the individual developed a fever after returning to Beijing and died of respiratory failure just a few days later.

Besides the U.S., coronavirus has breached the borders of China and struck Taiwan, Macau, Singapore, Australia, Japan, South Korea, Malaysia, Canada, France, Vietnam, Nepal and Cambodia. Thus far, nobody outside of China has died from coronavirus.

According to researchers from The University of Hong Kong, the actual number of coronavirus cases is likely upwards of 44,000, despite the much lower numbers being reported by the mainstream media.

These researchers claim that the communist government of China is covering up the truth in an effort to keep people in the dark about the seriousness of this deadly outbreak.

“University of Hong Kong academics on Monday estimated that the number of patients in Wuhan had reached 43,590 by Saturday, including those in the incubation stage of the virus, which causes pneumonia,” The South China Morning Post reported.

“Lead researcher and dean of HKU’s faculty of medicine Gabriel Leung said his team estimated there were 25,630 patients showing symptoms in Wuhan and that the number would double in 6.2 days, according to mathematical modelling based on infection figures worldwide as of Saturday.”