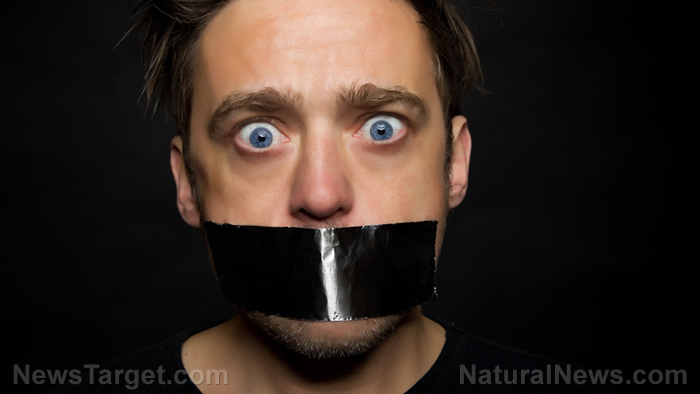 The United States of America no longer has a free press as of December 2019.

Press freedom was already in danger, as Mark Levin noted, as journalists became political activists in the Obama era, and feuded with the president in the Trump era. But press freedom could have thrived in a more openly partisan marketplace of ideas. In the end, press freedom was killed by the press itself, in the decision not to report the name of the so-called “whistleblower” in the impeachment crisis.

His name — which Breitbart News published after it was first revealed by RealClearInvestigations — is no mystery. Apparently, his identity was the worst-kept secret in Washington, D.C. The Intelligence Community Inspector General (ICIG) concluded in September that the “whistleblower,” a CIA employee, had shown “political bias,” and favored “a rival political candidate,” most likely former Vice President Joe Biden, for whom he reportedly worked.

The “whistleblower” triggered a process that could still lead to the ouster of the president. (His own lawyer, Mark S. Zaid, called for a “coup,” via impeachment, in January 2017, shortly after Trump had taken office.)

It would seem extraordinary for the world’s leading democracy to allow an election to be overturned based on the actions of a rogue CIA employee working with the opposition — and even stranger not to be told his name.

Moreover, the “whistleblower” himself admitted that he did not have first-hand information of the events he had described. It would seem an urgent matter of national security, and public interest, to know who was feeing him information — whether it was an enemy, foreign or domestic.

If the hysteria over Russian influence in the 2016 election had any useful lesson, it was that we ought to be curious about where information comes from, and why.

Yet the media have not only ignored the “whistleblower’s” name, but they have also actively suppressed it. That includes the conservative media.

Earlier this year, I appeared on a morning show in Los Angeles to discuss the impeachment inquiry. The moment I mentioned the name of the “whistleblower,” the hosts ended the interview.

The reason is twofold. First, most media outlets share the Democrats’ desire to be rid of Trump, and so joined them in pretending the “whistleblower” was protected by law. Federal law protects whistleblowers from retaliation, but they can often expect to be identified. The relevant law, the Intelligence Community Whistleblower Protection Act, only prevents the ICIG from identifying the whistleblower. House Intelligence Committee Chairman Rep. Adam Schiff, (D-CA) invented a statutory right to whistleblower anonymity that he later tacitly admitted did not exist.

After insisting that the “whistleblower” be allowed to testify, Schiff and the Democrats reversed themselves — once they were revealed to have lied to the public about their prior contact with him.

That ought to have made the media more curious, not less curious, about who the “whistleblower” was, and what his motivations and methods had been. Schiff then made up the idea that making the “whistleblower’s” name known would expose him to mortal danger. The media, who routinely ruin lives by publishing the names of both the guilty and the innocent, bought that line.

Second, the tech companies punished news outlets that dared to publish the name of the so-called “whistleblower.” Though tech giants like Facebook enjoy immunity from libel lawsuits under Section 230 of the Communications Decency Act, they behaved as if publishing the “whistleblower’s” name would expose them to serious legal risk.

Any media outlet that wanted to share its content online — in other words, any media company that wanted to stay in business — had to suppress the name of the so-called “whistleblower” in impeachment coverage.

The tech giants had imposed a code of censorship, and the mainstream media, supposedly so sensitive to any threat to press freedom, (mostly) willingly complied.

The most consequential political fact of our lifetimes, sitting in plain view, cannot be mentioned. The press cannot fulfill the purpose for which its freedom exists: namely, to inform the citizens of a democratic republic.

And unlike official government suppression, this cannot be challenged in court. It is, in a way, a more brutal form of censorship.