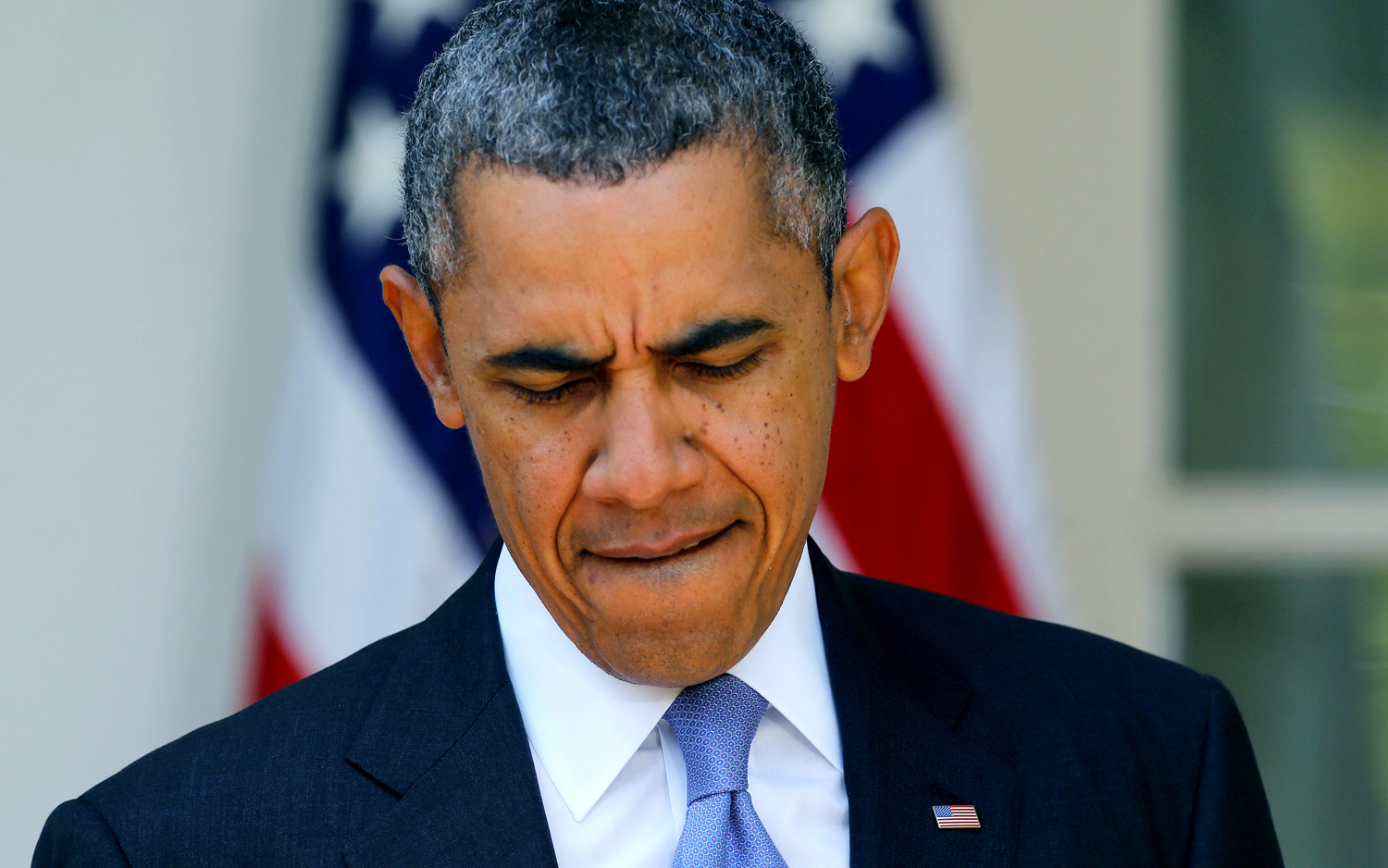 Former US President Barack Obama is now in severe legal jeopardy, because the Russiagate investigation has turned 180 degrees; and he, instead of the current President, Donald Trump, is in its cross-hairs.

The biggest crime that a US President can commit is to try to defeat American democracy (the Constitutional functioning of the US Government) itself, either by working with foreign powers to take it over, or else by working internally within America to sabotage democracy for his or her own personal reasons. Either way, it’s treason (crime that is intended to, and does, endanger the continued functioning of the Constitution itself*), and Mr. Obama is now being actively investigated, as possibly having done this. The Russiagate investigation, which had formerly focused against the current US President, has reversed direction and now targets the prior President. Although he, of course, cannot be removed from office (since he is no longer in office), he is liable under criminal laws, the same as any other American would be, if he committed any crime while he was in office.

A December 17th order by the FISA (Foreign Intelligence Surveillance Act) Court severely condemned the performance by the FBI under Obama, for having obtained, on 19 October 2016 (even prior to the US Presidential election), from that Court, under false pretenses, an authorization for the FBI to commence investigating Donald Trump’s Presidential campaign, as being possibly in collusion with Russia’s Government. The Court’s ruling said:

In order to appreciate the seriousness of that misconduct and its implications, it is useful to understand certain procedural and substantive requirements that apply to the government’s conduct of electronic surveillance for foreign intelligence purposes. Title I of the Foreign Intelligence Surveillance Act (FISA ), codified as amended at 50 USC. 1801-1813, governs such electronic surveillance. It requires the government to apply for and receive an order from the FISC approving a proposed electronic surveillance. When deciding whether to grant such an application, a FISC judge must determine among other things, whether it provides probable cause to believe that the proposed surveillance target is a “foreign power” or an agent a foreign power. …

On December 9, 2019, the government filed, with the FISC, public and classified versions of the OIG Report. … It documents troubling instances in which FBI personnel provided information to NSD[National Security Division of the Department of Justice] which was unsupported or contradicted by information in their possession. It also describes several instances in which FBI personnel withheld from NSD information in their possession which was detrimental to their case for believing that Mr. [Carter] Page was acting as an agent of a foreign power. …

On December 18th, Martha McCallum, of Fox News, interviewed US Attorney General Bill Barr, and asked him (at 7:00 in the video) how high up in the FBI the blame for this (possible treason) goes:

MACCALLUM: Were you surprised that he [Obama’s FBI Director James Comey] seemed to give himself such a distance from the entire operation?

“JAMES COMEY: As the director sitting on top of an organization of 38,000 people you can’t run an investigation that’s seven layers below you. You have to leave it to the career professionals to do.”

MACCALLUM: Do you believe that?

BARR: No, I think that the — one of the problems with what happened was precisely that they pulled the investigation up to the executive floors, and it was run and bird dogged by a very small group of very high level officials. And the idea that this was seven layers below him is simply not true.

The current (Trump) A.G. there called the former (Obama) FBI Director a liar on that.

If Comey gets heat for this possibly lie-based FBI investigation of the US Presidential nominee from the opposite Party of the sitting US President (Comey’s own boss, Obama), then protecting himself could become Comey’s top motivation; and, in that condition, protecting his former boss might become only a secondary concern for him.

Moreover, as was first publicly reported by Nick Falco in a tweet on 5 June 2018 (which tweet was removed by Twitter but fortunately not before someone had copied it to a web archive), the FBI had been investigating the Trump campaign starting no later than 7 October 2015. An outside private contractor, Stefan Halper, was hired in Britain for this, perhaps in order to get around laws prohibiting the US Government from doing it. (This was ‘foreign intelligence’ work, after all. But was it really? That’s now being investigated.) The Office of Net Assessment (ONA) “through the Pentagon’s Washington Headquarters Services, awarded him contracts from 2012 to 2016 to write four studies encompassing relations among the US, Russia, China and India”. Though Halper actually did no such studies for the Pentagon, he instead functioned as a paid FBI informant (and it’s not yet clear whether that money came from the Pentagon, which spends trillions of dollars that are off-the-books and untraceable), and at some point Trump’s campaign became a target of Halper’s investigation. This investigation was nominally to examine “The Russia-China Relationship: The impact on US Security interests.” Allegedly, George Papadopoulos said that “Halper insinuated to him that Russia was helping the Trump campaign”, and Papadopoulos was shocked at Halper’s saying this. Probably because so much money at the Pentagon is untraceable, some of the crucial documentation on this investigation might never be found. For example, the Defense Department’s Inspector General’s 2 July 2019 report to the US Senate said “ONA personnel could not provide us any evidence that Professor Halper visited any of these locations, established an advisory group, or met with any of the specific people listed in the statement of work.” It seems that the Pentagon-contracted work was a cover-story, like pizza parlors have been for some Mafia operations. But, anyway, this is how America’s ‘democracy’ actually functions. And, of course, America’s Deep State works not only through governmental agencies but also through underworld organizations. That’s just reality, not at all speculative. It’s been this way for decades, at least since the time of Truman’s Presidency (as is documented at that link).

Furthermore, inasmuch as this operation certainly involved Obama’s CIA Director John Brennan and others, and not only top officials at the FBI, there is no chance that Comey would have been the only high official who was involved in it. And if Comey was involved, then he would have been acting in his own interest, and not only in his boss’s — and here’s why: Comey would be expected to have been highly motivated to oppose Mr. Trump, because Trump publicly questioned whether NATO (the main international selling-arm for America’s ‘defense’-contractors) should continue to exist, and also because Comey’s entire career had been in the service of America’s Military-Industrial Complex, which is the reason why Comey’s main lifetime income has been the tens of millions of dollars he has received via the revolving door between his serving the federal Government and his serving firms such as Lockheed Martin. For these people, restoring, and intensifying, and keeping up, the Cold War, is a very profitable business. It’s called by some “the Military-Industrial Complex,” and by others “the Deep State,” but by any name it is simply agents of the billionaires who own and control US-based international corporations, such as General Dynamics and Chevron. As a governmental official, making decisions that are in the long-term interests of those investors is the likeliest way to become wealthy.