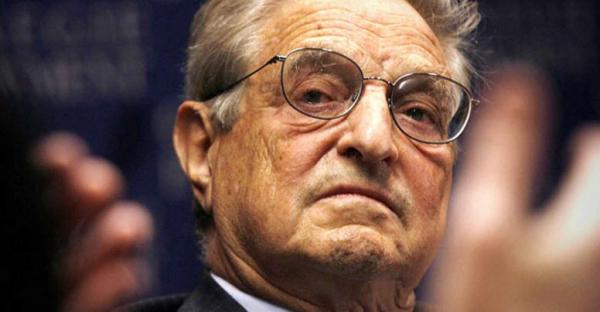 People for the American Way claims to defend constitutional values” from “right-wing extremists,” but it turns out the organization actually helped lead the attack on Alex Jones. Free speech is one of the many freedoms that makes the United States so unique, and it’s growing ever-clearer that the radical Left is bent on corrupting our core freedoms and values as a nation.

People for the American Way (PFAW) is also the parent group for Right Wing Watch, which is a site led by Jared Holt. Holt was just named by Salon as “the guy who’s getting Alex Jones kicked off the internet.”

The Right Wing Watch site proclaims, “People For the American Way is a progressive advocacy organization founded to fight right-wing extremism and defend constitutional values including free expression, religious liberty, equal justice under the law, and the right to meaningfully participate in our democracy.” But clearly, their support of “free expression” only includes approved expression that aligns with their narrative.

Holt was first inspired to target InfoWars after seeing the news outlets’ podcasts listed on Spotify. He tweeted about how difficult it is to get a podcast listed on Spotify, noting that he himself had struggled to get his own podcast on the network. “I guess I was a little bit offended that Alex Jones was able to get on the air and I wasn’t,” Holt stated.

Holt alleges that the content put out by InfoWars violated Spotify’s terms of service, and lobbied them to remove the channel. Soon after, the other tech giants would follow suit. Holt goes on to justify the censorship of Alex Jones, claiming that such actions are necessary to protect “free and open democracy.”

The Orwellian nature of the political left really shines here: Freedom through censorship is a notion that could have been borne right out of 1984.  And here, Holt is trying to convince the masses that by censoring Alex Jones and other conservatives, somehow they will become more “free” and that by limiting whose thoughts can be shared, we will somehow have a stronger democracy.

Democracy thrives when people with differing opinions are allowed to express them. When free political expression is eliminated, you can guess what’s sure to follow: Tyranny and dictatorship.

Given that PFAW is funded by George Soros, this comes as no surprise. Earlier this year, it was revealed that Soros was also behind the student-led push for more gun control. A citizenry that is disarmed is a citizenry that can’t defend itself against a tyrannical government. To see that Soros is ultimately behind the big push to censor conservatives and right-wing media outlets is sadly no surprise. Censorship is one of the tenets of dictatorship, after all.

Soros has described himself as “some kind of god,”  and it’s clear that there are covert plans in the works to upend the United States as we know it.

The censorship of Alex Jones is just the beginning; liberal politicians and lobbyists are already begging Big Tech to censor more conservatives. Left-wing extremists are bent on painting even the most basic tenets of conservatism, like supporting free speech, as “racist” acts of hatred.  The end-goal has always been to fundamentally change America — but not for the better. The Left-wing Soros puppets want nothing more than to see the days of real freedom end, so that an authoritarian regime can begin.

Keep up with the latest atrocities from George Soros at Soros.news.